uVMS is a web-based Video Management and Network Video Recorder System (VMS / NVR) for publishing, viewing and recording of live streams from any type of video camera or software / hardware video encoder.

This is not a hosted service but a software that you run on your own server. Ability to publish live audio-video from WebRTC browsers, RTMP encoders, RTSP IP cameras, iOS/Android-based encoder apps, webcams and capture cards.

uVMS installation, configuration and operation is demonstrated in the Video tutorial on YouTube

uVMS was designed with many different operating scenarios in mind, such as IP cameras surveillance for construction sites and public transportation, where a single operator configures and manages the whole system; hospital operating rooms where different operators share same cameras; hosted video monitoring/recording SAAS where each operator manages his own video assets and creates his own users; sport events/club/childcare/church live video streaming services where public audience may be allowed to view live video without logging in to the system. 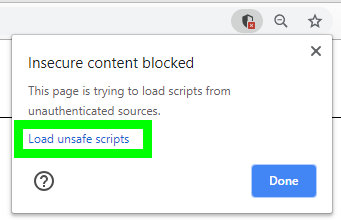 WARNING! "Unsafe Safe File Scripts" must be enabled in order for this to work! WARNING! This will stop being an issue after I add an SSL to the server.